Research: In Rural Areas, Latinos Face Poverty and Other Inequities 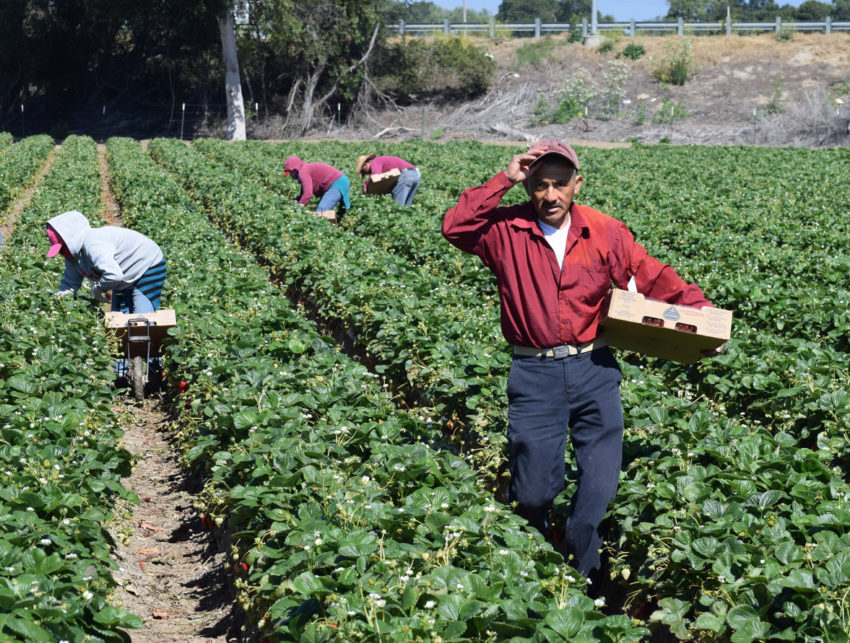 Disparities in Poverty Exist across Geography

Race/ethnicity and geography intersect as well.

The poverty rate among black and Latino children in suburban counties is higher than it is for white children in rural counties.10

Most of the U.S. Latino population was concentrated in the Southwest until the 1990s, when Latino immigrants began to migrate to rural areas in the South and Midwestern United States for low-wage jobs in manufacturing and meat processing.

Crowley et al.14 wanted to know: are Latinos actually faring better in these rural communities? Using county-level data, the authors divided non-metropolitan counties into three types: new Latino destination counties, established gateway counties (those with a Latino population of at least 10% in 1990), and all other counties. The authors then investigated the impact of Latino migration on the economic circumstances of blacks living in those communities, who felt an increased competition for jobs due to the influx of immigrants.14 In 2000, poverty rates among Latinos were similar in both new and established Latino communities, while in 2010, new Latino destinations saw more poverty and lower income and employment rates compared to traditional Latino communities.

Access to a primary care physician may also prove difficult for those living in rural areas.

In the United States, rural areas represent approximately 19% of the total population, but are served by only 9% of practicing physicians.15

While cancer incidence rates are often lower in rural residents than urban residents, rural residents are more likely to die from their cancer.15 Rates of lung, prostate, cervical, and colorectal cancer deaths are higher among rural populations, and this can be attributed in part to longer travel distances for care and lack of access to transportation, medical facilities, and physicians. The disparities that exist between rural and urban dwellers in cancer incidence and mortality extend across the continuum of cancer care, from prevention and screening to diagnosis and treatment.15 In addition, in the fifteen years between 1990 and 2005, 339 trauma centers in the United States closed their doors, largely due to the cost of trauma care. The closing of these emergency room trauma centers increases travel time for patients, some of whom must travel significant distances to reach a trauma center. In emergency situations such as a stroke, time is of the essence, and increased travel time has a negative impact on patient outcomes.18

Vulnerable populations include those with a lack of access to primary care services as well as high unemployment rates, high rates of uninsured and underinsured, challenging cultural differences that present barriers to care, and low education.

These populations are present in both rural and urban communities, though rural communities tend to also suffer from a declining or aging population, business closures that significantly impact the local economy, and a lack of transportation.18,19

In 2015, the American Hospital Association created the Task Force on Ensuring Access in Vulnerable Communities. The task force was created with the goal of providing vulnerable communities and their hospitals with the tools to determine their essential health care needs and services and how to best provide those services. Nine strategies for health care delivery and payment reform were identified by the task force; the first strategy is addressing the social determinants of health, which include economic stability, neighborhood and built environment, education, community context, health and health care, biology, and health behavior. An inpatient/outpatient transformation strategy was also identified, wherein the hospital reduces its inpatient capacity to the necessary level while enhancing its outpatient and primary care services while continuing to provide emergency services.19

Other strategies identified by the task force include the use of urgent care and more innovative method of health care, such as telemedicine. Of course, barriers to implementation exist for these strategies, including limited federal funding, restrictive regulations, and lack of collaboration with public health departments, government agencies, and other health care organizations.19

Telemedicine in particular may be difficult to implement in rural areas. Almost a quarter, 23.8%, of people living in rural areas do not have regular internet access, compared to 17.3% in urban areas.7 The principal barriers to internet access, whether in rural or urban areas, are affordability and quality of the internet.20 A 2018 report published by the Maryland Health Care Commission found that the adoption of telemedicine was highest in urban areas, noting that the more rural areas of the state, such as the Eastern Shore, may have insufficient internet access to support telemedicine initiatives.21 However, improvements to Internet access may be implemented more quickly that improved transportation and increased access to the remaining low number of primary and specialty physicians, making telemedicine an attractive alternative in these communities. Furthermore, Internet is required for education and work responsibilities, which play important roles in health equity.

Katz et al.3 interviewed 336 low-income Latino parents and children in Arizona, California, and Colorado about their internet usage and accessibility; these interviews led to a nationally representative phone survey of 1,191 parents of school-aged children from all backgrounds with annual household incomes less than the median.

Results showed that 94% had some kind of internet connection, including 90% of those below the poverty line, but 52% reported that their internet connection was too slow to do many of the things they needed to do online. In addition, 26% reported sharing a computer or device, which resulted in not having enough time to use the device, and 20% had their internet cut off in the past year due to nonpayment. Of the respondents, 23% had mobile-only access; these people were much less likely to apply for jobs or services online, and the groups who are most likely to have mobile-only internet access — Latinos, African Americans, the uneducated, and the low-income — are the same groups that suffer from disparities in health and healthcare.3

Examples of the Struggles of Rural Communities

Leadville, Colorado, is one community with residents facing the challenges common to low-income individuals in rural areas, and Latinos in particular.

Leadville has seen a 99% increase in its Latino population since 1990; currently, almost 40% of the town’s population is Latino. Compared to state averages, Leadville has higher rates of poverty, child poverty, domestic violence, and suicide, and according to the county health rankings report from 2014, Lake County, where Leadville is located, ranked 48th out of Colorado’s 59 counties in low quality of life scores, low birth weights, poor physical and emotional health, and poor clinician care.22

In 2012, Lake County published a report assessing the health disparities and social determinants of health that complicate health care delivery in the county.

The report found that most health care services and clinics were prohibitively expensive and unwelcoming to immigrants, most of whom sought care from a sliding-scale cost-base community health clinic in Frisco, a 45-minute bus ride over the mountain from Leadville. The only hospital in Leadville, St. Vincent Hospital, operates under very limited capacity, having been temporarily saved from closure. The next closest hospital is in Frisco.22

Latinos living in rural communities may feel socially isolated and have a lack of community support services, and perceived discrimination is a reported barrier to health care access for minorities in these communities.23 Lack of legal status is associated with feelings of stress and anxiety as well as a reluctance to engage in community meetings and a reluctance to seek health care for fear of being reported.

In Leadville, the majority of the Latino community is concentrated in three mobile home parks on the outskirts of the town center, as they cannot afford housing in town or near the ski resorts where many of them are employed.22

In a study of mortality data from the National Vital Statistics System from 2001 to 2015, the Centers for Disease Control and Prevention (CDC) found that deaths by suicide increased across all urbanization levels (large metropolitan, medium/small metropolitan, and rural), with consistently higher rates in rural areas among all demographic groups. Among Latinos, the suicide rate in rural areas increased from 8.85% in the 2007 to 2009 period to 10.21% in the 2013 to 2015 period.24

21. Moffit RE, Steffen B. Office Based Physicians Adoption of Telehealth.; 2018.