Latinos are the fastest-growing minority group in Washington State. Because Latino kids tend to drink more sugary drinks than their White peers, healthy beverage policies have the potential to impact Latino kids’ health in big ways. In Washington, community partners are teaming-up with schools and lawmakers to come up with ways to encourage kids to quench their thirst with water, not sugar.

Awareness/Learn: Childhood obesity is a problem in the state of Washington, which is 11% Latino.

Sugary drinks, like soda, juice, and sweetened milk, are a major source of calories in kids’ diets.

Old water fountains have a reputation of being unclean, whether it was clean or not, Leatherwood said.

“They were afraid to drink out of our water fountains,” she said, noting that students would often bring in water bottles from home, but teachers weren’t always sure of their contents.

The school was looking for a way to encourage kids to drink more water at school.

Frame Issue: Fortunately, groups around the state, like YMCAs, were aiming for similar changes.

Statewide Pioneering Healthy Communities (SPHC) is one of the YMCA’s Healthier Communities Initiatives that empowers communities with proven strategies and models to create and sustain positive and lasting change for healthy living. 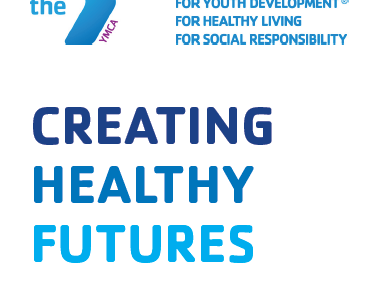 With funds from the Robert Wood Johnson Foundation, YMCAs in Washington were charged to work toward healthy living target areas, one of them being reducing sugary drink consumption.
But first they needed to figure out exactly how to use the SPHC funds most effectively.“To fight childhood obesity and diabetes, we need to start implementing healthy practices for kids at a young age. This is part of that process, and we think it will be an example the rest of the country can follow,” said Mike West, president and CEO of the South Sound YMCA.

Education/Mobilization: In 2013, a diverse coalition—including representatives from the governor’s office, Seattle Children’s Hospital, the state department of agriculture, the Childhood Obesity Prevention Coalition, and the American Heart Association—gathered to brainstorm ways to use SPHC funding.

The team made a list of possible ways to use the funds, which included installing electronic water bottle filling stations, referred to as hydration stations, at Washington schools and YMCAs.

“The leadership team recommended a handful of ways we could spend that money,” Anderson said.

Debate: If the coalition decided to do hydration stations, they wanted to be sure their efforts helped schools most in need.

“We wanted to pick a school where there is a higher incidence of free and reduced lunch,” said Anderson.

So they did some research and landed on Michael T. Simmons Elementary, where almost 30% of students are on free and reduced lunch, over 10% the student body are Latinos, and a small number are transitional bilingual students.

At Simmons, sustainable practices were nothing new.

As a Food to Flowers school, the students have a strong recycling program and recycle all they can, leaving little actual garbage. The school also already had a district-wide grant that is focused on teaching kids how to make healthy choices.

A new hydration station would be just one more way to encourage students to practice healthy, sustainable living every day.

Activation/Frame Policy: The South Sound YMCA (the local YMCA in Tumwater) approached Leatherwood and other school leaders to see if Simmons would like to participate.

She said she was 100% on board, especially given how little the current water fountains were used.

Leatherwood noted that principals who may want to install hydration stations should be ready to add the cost for the replacement water filter into their annual budget. The cost for the filter is around $100, she said, “but it doesn’t need to be replaced that often.”

Next, SPHC met with the CEOs of the YMCAs across Washington.

At the same time, some members of the SPHC were busy drawing the state’s attention to the importance of water access in schools.

Anderson said that the SPHC wanted to work with state officials on getting a budget item passed that would set aside money for hydration stations in all Washington public schools.

“Let’s see if we can have a statewide movement,” said Anderson.

One legislator, State Rep. Monica Stonier, a middle school teacher and a mom, was a leading champion for the hydration stations.

Change: After weighing the options, the Washington Alliance of YMCAs ultimately decided to use the money to install hydration stations in local YMCAs and 16 local schools, with Simmons as the first school.

But the group wanted to take it even further, so they decided to go after a $3 million water station capital budget initiative that would set aside state money to add hydration stations at all public schools.

At Simmons, the forthcoming hydration station was promoted in the school’s biweekly newsletter, and a ribbon cutting ceremony was planned for late February 2014.

As for the state budget initiative, Rep. Stonier helped pass the capital budget through the House with money allocated for more hydration stations. The initiative still had to get final approval, but the idea of improving water access for kids across the state was creating quite a buzz.

Implementation: After some initial plumbing issues that pushed back the complete installation, Simmons held a ribbon-cutting ceremony for the new hydration station on March 6, 2014. Leatherwood, Anderson and other members of the Washington State Alliance for YMCAs and SPHC, Rep. Stonier, and a handful of student leaders gathered by the new hydration station to celebrate the new machine.

Also on display were different types of sugary drinks with the actual sugar content of each drink depicted by sugar cubes in a cup to show students just how much extra sugar they consume when they reach for that sugary soda or juice.

Next to the water bottle on display—zero sugar cubes.

What makes this hydration station different than an average water fountain?

The machines are three times faster than a standard drinking fountain and operate using sensors. A student simply places their bottle in the correct spot and water starts to flow automatically.

“They’re designed to be quick, clean and green,” Anderson said.

The machine has the added benefit of demonstrating a “green” impact to students—it is fitted with a counter that tracks how many plastic water bottles will be saved from going into landfills.

Students and faculty who couldn’t attend the ceremony still got to experience the excitement; the Friday student news reported on the big hydration station reveal.

“So our entire population got to see the news regarding the ribbon-cutting ceremony and what it was all about,” Leatherwood said.

Stories about the new hydration station were also featured on the Childhood Obesity Prevention Coalition’s blog and a local news website.

Equity: Leatherwood said the hydration station is a hit with students AND faculty.

“It has just taken off. Not only are the kids doing it but the adults are as well,” she said. “Before they were afraid to drink out of our water fountains, but now they know its OK water and they’re doing it.”

Even parents are using the new station. Along with school staff, Leatherwood said that they are asking for more stations to go in the other three buildings of the school.

Unfortunately, the funds for hydration stations in schools across Washington were ultimately not included in the state’s budget this year.

But that’s not the end of the road for these advocates.

Anderson said that the Childhood Obesity Prevention Coalition and the YMCAs are working to get private sponsors of hydration stations in schools. And of course the momentum that this campaign built and continues to build has launched access to clean water at schools into the foreground of healthy school policy talk in Washington State.

Sustainability: Remember those sugar displays at the ribbon cutting ceremony?

Those now live in a case at right next to the new hydration station, reminding students that by filling up their bottles with water, they are making the healthier choice.

It’s all part of the bigger picture, Anderson said.

“We want to promote the water bottle filling stations and increased access to cold, filtered tap water, although that alone is not enough. Sugary drinks need to be a big part of that,” she said.

As momentum continues to grow around this issue, it’s likely that other schools in Washington will figure out what they can do to promote healthier drinking at their own schools.