James Rojas loved how his childhood home brought family and neighbors together.

The L.A. home had a big side yard facing the street where families celebrated birthdays and holidays. Uncles played poker. Aunts tended a garden. Children roamed freely. Mexican elders—with their sternness and house dresses—socialized with their American-born descendants—with their Beatles albums and mini-skirts.

Rojas was shocked to find some would look down on this neighborhood.

“Why do so many Latinos love their neighborhood so much if they are bad?” he wondered.

Rojas, in grad school, learned that neighborhood planners focused far more on automobiles in their designs than they did on the human experience or Latino cultural influences.

He wanted to change that.

Rojas has spent decades promoting his unique concept, “Latino Urbanism,” which empowers community members and planners to inject the Latino experience into the urban planning process.

Side Yard a Key to Latino Neighborhood Sociability, Family Life

His extended family had lived in their home on a corner lot for three decades. Many other family members lived nearby.

The large side yard, which fronted the sidewalk and street, was where life happened.

“This side yard became the center of our family life—a multi-generational and multi-cultural plaza, seemingly always abuzz with celebrations and birthday parties,” Rojas said.

“Like a plaza, the street acted as a focus in our everyday life where we would gather daily because we were part of something big and dynamic that allowed us to forget our problems of home and school,” Rojas wrote in his 1991 thesis.

Then it all disappeared.

In the 1970s, the local high school expanded. It required paving over Rojas’ childhood home, displacing his immediate and extended family.

“It was like an unexpected family death, except there was no funeral, eulogy, or reflection on how this place had shaped us,” Rojas wrote in 2016.

“Gone was the side yard that brought us all together and, facing the street, kept us abreast with the outside world,” Rojas wrote.

While being stationed with the U.S. Army in Germany and Italy, Rojas got to know the residents and how they used the spaces around them, like plazas and piazzas, to connect and socialize. This led Rojas to question and study American planning practices.

Planners Were Wrong About What East L.A. Neighborhoods Needed

He wanted to better understand how Mexicans and Mexican Americans use the places around them.

During this time, he came across a planning report on East Los Angeles that said, “it lacks identity…therefore needs a Plaza.”

He recognized that the street corners and front yards in East Los Angeles served a similar purpose to the plazas in Germany and Italy. By combining both these “plazas” and the “courtyards” of Mexico, residents created places for people to congregate in their own neighborhood.

The planners were wrong about needing a separate, removed plaza.

“My understanding of how urban landscapes function is a product of the visual and spatial landscape my family created on the corner lot of my childhood home,” Rojas said.

In 1991, Rojas wrote his thesis about how Mexicans and Mexican Americans transformed their front yards and streets to create a sense of “place.”

“Planners develop abstract concepts about cities, by examining numbers, spaces, and many other measures which sometimes miss the point or harm [existing Latino] environments,” Rojas wrote in his thesis.

How could he help apply this to the larger field of urban planning?

“Thinking about everything from the point-of-view of the automobile is wrong,” Rojas said. “Particularly in neighborhoods.”

Planners have long overlooked benefits in Latino neighborhoods, like walkability and social cohesion.

Social cohesion is the degree of connectedness within and among individuals, communities, and institutions.

“Social cohesion is the number one priority in Latino neighborhoods,” Rojas said. But in the 1990s, planners weren’t asking about or measuring issues important to Latinos. Latinos weren’t prepared to talk about these issues, either.

“Unlike the great Italian streets and ‘piazzas” which have been designed for strolling, Latinos [in America] are forced to retrofit the suburban street for walking,” Rojas later wrote. “Instead of admiring great architecture or sculptures, Latinos are socializing over fences and gates.”

Rojas wanted to create a common language for planners and community members.

So, he came up with Latino vernacular, which morphed into “Latino Urbanism.”

When Latino immigrants move into traditional U.S. suburban homes, they bring perceptions of housing, land, and public space that often conflict with how American neighborhoods and houses were planned, zoned, designed, and constructed.

For example, unlike the traditional American home built with linear public-to-private, front-to-back movement from the manicured front lawn, driveway/garage, and living room in the front to bedrooms and a private yard in the back, the traditional Mexican courtyard home is built to the street with most rooms facing a central interior courtyard or patio and a driveway on the side. 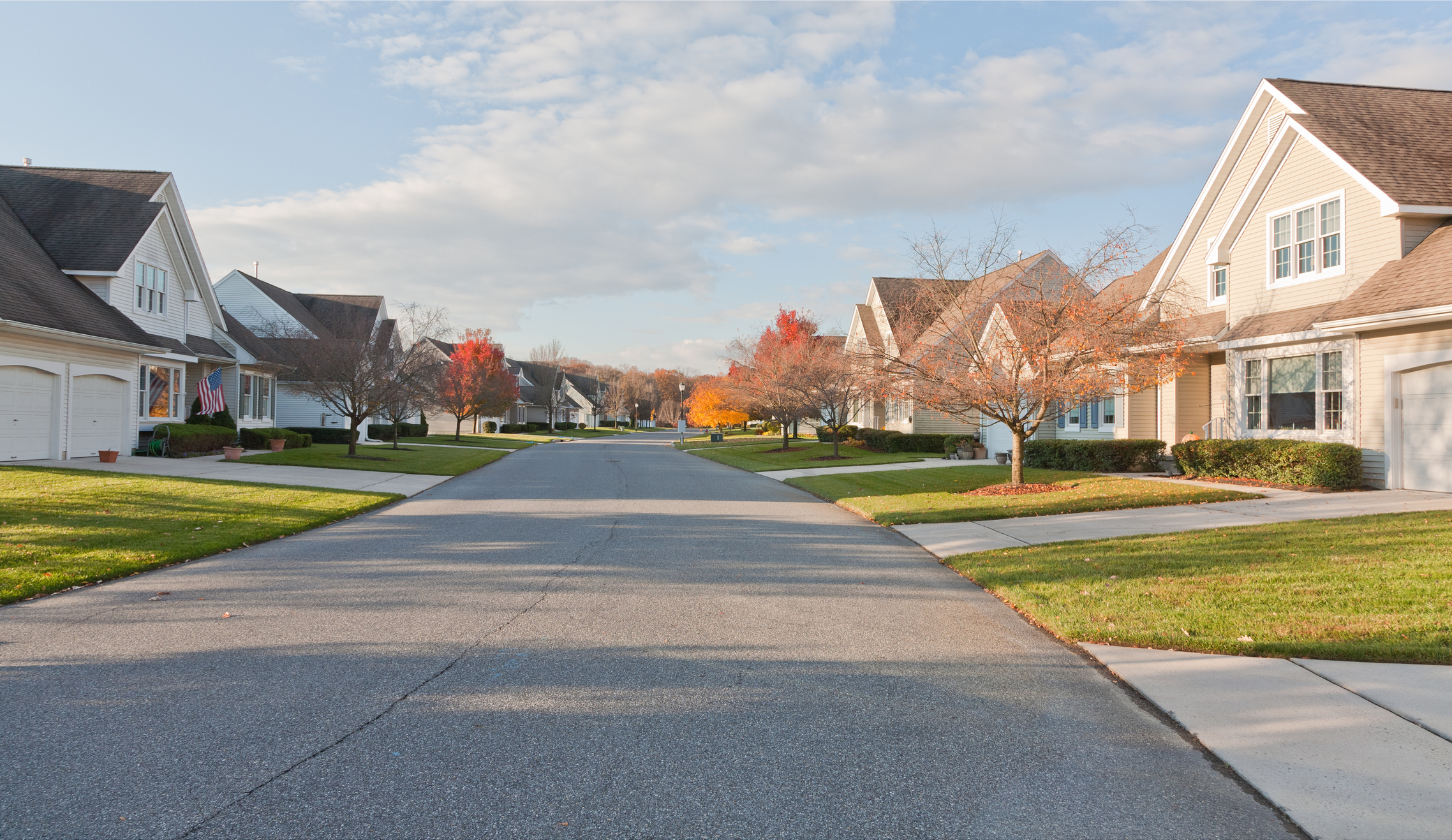 Fences, porches, murals, shrines, and other props and structural changes enhance the environment and represent Latino habits and beliefs with meaning and purpose.

In an essay, Rojas wrote that Latino single-family houses communicate with each other “by sharing a cultural understanding expressed through the built environment.”

“The residents communicate with each other via the front yard. By building fences, they bind together adjacent homes. By adding and enlarging front porches, they extend the household into the front yard. These physical changes allow and reinforce the social connections and the heavy use of the front yard.

“The entire street now functions as a ‘suburban’ plaza where every resident can interact with the public from his or her front yard. Thus, Latinos have transformed car-oriented suburban blocks to walkable and socially sustainable places.”

Rojas was alarmed because no one was talking about these issues.

As a planner and project manager for Los Angeles County Metropolitan Transit Authority who led many community workshop and trainings, Rojas found people struggled to discuss their needs with planners.

“A lot of urbanism is spatially focused,” Rojas said. “It is difficult to talk about math and maps in words.”

Additionally, planning is a male-dominant environment.

Rojas thought they needed to do more hands-on, family-friendly activities to get more women involved and to get more Latinos talking about their ideals.

Overall, Rojas felt that the planning process was intimidating and too focused on infrastructure for people driving. It ignored how people, particularly Latinos, respond to and interact with the built environment.

For example, he thought that Latinos and street vendors did more for pedestrian safety and walkability than the department of transportation.

These informal adaptations brought destinations close enough to walk and brought more people out to socialize, which slowed traffic, making it even safer for more people to walk and socialize.

“Immigrants are changing the streets and making them better,” Rojas said.

He also wanted to help Latinos recognize these contributions and give them the tools to articulate their needs and aspirations to planners and decisionmakers.

The Latino Urban Forum is a volunteer advocacy group dedicated to improving the quality of life and sustainability of Latino communities.

Engaging the Community in Urban Planning and Advocacy

Rojas founded PLACE IT! in 2011 to help engage the public in the planning and design process.

Through art-based three-dimensional modeling and interactive workshops, PLACE IT! provides a comfortable space to help community members understand and discuss the deeper meaning of place and mobility.

“Artists communicate with residents through their work by using the rich color, shapes, behavior patterns, and collective memories of the landscape than planners,” Rojas said. “Urban planners use abstract tools like maps, numbers, and words, which people often don’t understand.”

These activities give participants a visual and tactile platform to reflect, understand, and express themselves in discussing planning challenges and solutions regardless of language, age, ethnicity, and professional training.

“I give them a way to understand their spatial and mobility needs so they can argue for them,” Rojas said.

Rojas also organizes trainings and walking tours. He lectures at colleges, conferences, planning departments, and community events across the country.

Through these activities, Rojas has built up Latinos’ understanding of the planning process so they can continue to participate at the neighborhood, regional, and state levels for the rest of their life.

He has also grown a following.

Kamp has been partnering with him since.

In 2018, Rojas and Kamp responded to a request for proposal by the Southern California Association of Governments (SCAG) to prepare a livable corridor plan for South Colton, Calif. They gained approval as part of a team of subcontractors.

Colton, Calif. (69.3% Latino) was hit hard by poor transportation and land use decisions.

“South Colton was the proverbial neighborhood on ‘the wrong side of the tracks,’” according to South Colton Livable Corridor Plan.

“Over the years however, Latino residents have customized and personalized these public and private spaces to fit their social, economic, and mobility needs,” according to the livable corridor plan.

Rojas and Kamp wanted to start with these positive Latino contributions.

“We want to give a better experience to people outside their cars,” Rojas said.

To learn about residents’ memories, histories, and aspirations, Rojas and Kamp organized the following four community engagement events, which were supplemented by informal street interviews and discussions:

“We want participants to feel like they can be planners and designers,” Kamp said. “Everyone has those skills in them, but it’s hard to be aspirational and think big at the traditionally institutional meetings.”

They used the input from these events, along with key market findings, to develop the South Colton Livable Corridor Plan, which was adopted by Colton City Council in July 2019. The recommendations in this document are essentially the first set of Latino design guidelines.

“This was the first time we took elements of Latino Urbanism and turned them into design guidelines,” Kamp said.

They are less prescriptive and instead facilitate resident’s do-it-yourself (DIY) or rasquache nature of claiming and improving the public realm.

Next Steps for Rojas and Latino Urbanism

Although Rojas has educated and converted numerous community members and decisionmakers, the critiques of the 1980s still remain today.

“It could be all Latinos working in the department of transportation, but they would produce the same thing because it is a codified ‘machine,’” Rojas said. “And dollars are allocated through that machine.”

Rojas is pounding the pavement and working the long-game, one presentation at a time.

Rojas and Kamp recently signed a contract with Island Press to co-write a book on creative, sensory-based, and hands-on ways of engaging diverse audiences in planning.

“The overall narrative of the book will follow the South Colton project,” Kamp said.

It took a long time before anyone started to listen.

“It’s been an uphill battle,” Rojas said. “Like the Black Lives Matter and LGBTQ movements, Latino Urbanism is questioning the powers that be.”

Now, Latino Urbanism is increasingly common for many American planners.