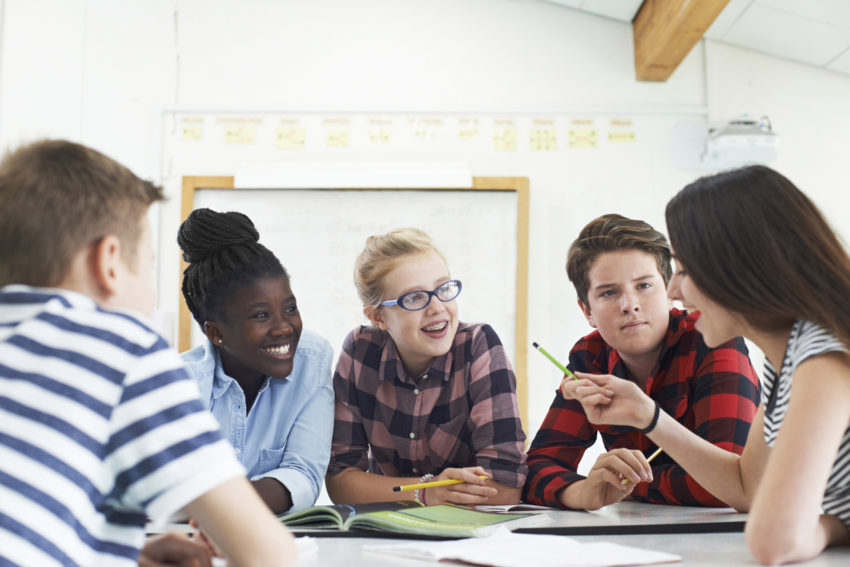 The Ohio State School Board this week approved social and emotional learning (SEL) standards to apply to students in K-12─and hundreds of Ohio educators and Salud America! members submitted comments to help refine those standards.

Ohio now is one of only eight states with K-12 SEL standards.

How did this big change happen? What role did Salud America! and the public have?

The Growth of SEL in Ohio Schools

Students who get support for social and emotional learning in schools do better academically, socially, behaviorally, and mentally, research shows.

SEL is part of a larger plan in Ohio (3.8% Latino) to prepare all students for life after high school. Public Comments on the SEL Standards

From Feb. 11 through March 11, 2019, the Ohio Department of Education asked public commenters to review the standard statements across 18 topic areas for clarity and logical progression.

Our team at Salud America! thought the standards were great and could be even better. The standards could make the distinction between adverse childhood experiences and challenges/setbacks, and focus on equitable definitions of discrimination and implicit bias, which are preconceived notions or stereotypes that—beyond our control—affect our understanding, actions, and decisions about others.

In just six days, Salud America! members from Ohio sent 41 emails with comments. Ohio acknowledged receipt of at least 21 of those emails, according to the results of an open records request.

Overall, during the 30-day public input period, over 200 individuals reviewed the standards and submitted more than 400 comments.

The SEL Advisory Committee reviewed the public comments. They revised the draft SEL Standards and provided their recommendations to the State Board of Education.

According to an April 2019 draft of the revised Social and Emotional Learning Standards, obtained through an open records request, the Advisory Committee revised the definition of discrimination to include socio-economic status and disabilities, which aligns with emails from Salud America! members.

On June 11, 2019, the State School Board voted 11-6 to approve the standards, according to a report by the Dayton Daily News.

The report indicates that the board had a lengthy debate over “privacy, effectiveness and whether teaching those behavior skills are the schools’ role, or a family responsibility.”

Officials also said the SEL standards are voluntary─the state will not test for SEL success or include SEL measures in its state report card. This raised questions over how effective the standards will be, but others said SEL isn’t something you can measure on a report card.

“We’re so ingrained to think about testing. I’d ask you to think outside the box,” Jillian Ahrens, a leader of Cleveland schools’ SEL efforts, told the State School Board, according to the Dayton Daily News. “By implementing these standards, we can help kids not melt down, not be suspended, help them be good citizens.”

Learn how your school can make SEL a priority!

School can do even more to support students who are dealing with trauma.

The Action Pack was created by Dr. Amelie G. Ramirez, director of Salud America!, with input and materials from John Hernandez, who created a unique system to help traumatized students at East Central ISD in San Antonio.

Get the ACTION PACK!