Latino Immigrants Experience Losses, Distress During and After Migration Medical access can be a determining factor in whether or not someone lives a healthy life.

Lack of healthcare treatment especially impacts undocumented Mexican immigrants, according to new findings published in the Journal of Latinx Psychology. Not only does this have immediate effects on Latinos, but research also shows this demographic can suffer long-term psychological and physical impairments related to their migration, according toTexas Medical Center News (TMCN).

“We knew there was a high prevalence of loss and trauma in this population—we expect it because we know the many challenges they face. However, they were so much higher than I could even imagine, particularly in terms of repeated exposure or multiple losses,” said Dr. Luz Garcini, the study’s lead author and a postdoctoral research fellow in Rice University’s department of psychological sciences.

The study aimed to classify the prevalence of migration-related loss and its relation to psychological distress among undocumented Mexican immigrants.

Every participant reported an account of migration-related loss. The study also reports an average of 13 different types of losses experienced.

One story included in TMCN‘s report illustrates the severity of this issue:

“Approximately 18 years ago, a little boy and his mother entered the United States illegally. The young boy suffered from congenital heart disease and needed a new heart. His mother, fleeing severe domestic abuse, hoped they could build a new life in America and that she could get her small son the specialized medical care he so desperately needed.

Years passed, but the undocumented boy was never considered for the transplant list. His condition progressively worsened until he was finally placed in palliative care. Today, he relies on morphine to control the pain that pulses throughout his body. His mother remains by his side, but she, too, is dying—waiting for a liver transplant that will never come.”

The majority of participants were female, married, living on a household income of less than $2,000 a month, and had been in the U.S. for more than 10 years.

The study found that the strongest predictor of significant distress was a loss of interdependence, specifically being treated differently for not having a visa.

Researchers also observed migration-related loss rates were high across all analyzed categories including:

Living in fear is the norm for many Latinos and undocumented immigrants, which is not good for their physical or mental health.

Latinos makeup nearly 18% of the U.S. population and are the largest ethnic minority.

Yet, Latinos are more likely than their peers to have mental health issues, which usually go unaddressed and untreated, according to a Salud America! research review.

This piece of legislation would penalize undocumented immigrants applying for green cards if they use public benefits. For example, those who apply for Medicaid, SNAP, and public housing benefits may lose their legal status.

“People are really afraid,” Wafa Abdin, the executive director of Houston Volunteer Lawyers, which provides pro bono legal aid, told TMCN. “It’s created a lot of misconceptions and misunderstanding. There are families that don’t really know how much it will affect them, so they are starting to stop asking for these benefits.”

Garcini’s previous study found that 23% of adult undocumented immigrants who live by the border are at risk for mental health disorders.

Depression and anxiety were two of the most concerning issues, in which 14% of undocumented immigrants meeting the criteria for depression and 7% for anxiety.

Garcini said she plans to continuously study this population in hopes of finding helpful solutions.

“When you study the context and you learn the story, you realize that the majority of these people are struggling, that they come here with a purpose, that they want to work, they want to better their lives,” Garcini said. 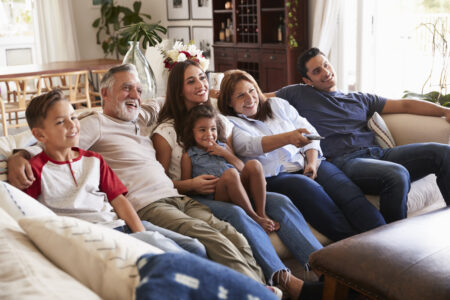