Study: Secondhand Smoke Is Sending Children to the Hospital 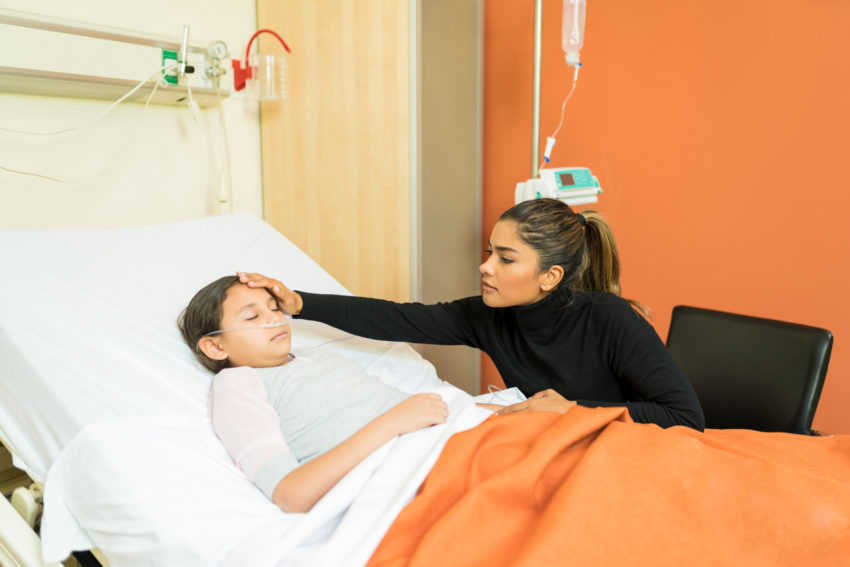 Exposure to the fumes from harmful tobacco products, such as cigarettes and cigars, can severely affect people, especially in children.

Recent research shows that children who live with a smoker are more likely to become hospitalized than their peers living in smoke-free households.

According to Dr. Ashley Merianos, an associate professor in the School of Human Services at the University of Cincinnati, this data does not come as a complete surprise.

“In past studies, we found up to nearly one-in-two children who come to the pediatric emergency department are exposed to tobacco smoke,” Merianos told The Denver Channel. “We also found that the children who had been exposed had increased respiratory-related procedures, increased diagnostic testing. So, for example, being tested for the flu and laboratory testing, as well as radiologic testing, including x-rays of the chest and lateral airways.”

What Does the Study Say?

They found children facing harmful exposure were more likely to be hospitalized than their counterparts.

Not only that, but children who lived in such homes also faced other dangers, such as developing a habit of their own.

“Tobacco smoke-exposed children are more likely to have higher resource utilization patterns, highlighting the importance of screening and providing TSE prevention and remediation interventions,” the study’s researchers write. “Tobacco smoke exposure may affect the healthcare resource utilization patterns of children. Tobacco smoke-exposed patients were more likely to be admitted to the hospital compared to unexposed patients.”

Moreover, the toxins found in smokable tobacco products increased the risk of other issues, including:

Should Latinos Be Concerned?

While the study’s overview did not have a section dedicated to race, the research participants were made up of a diverse population.

Over half of the participants were female, and 55% were Black.

Therefore, this data has implications for people of color, such as Latinos — 10% of whom are smokers, according to The American Lung Association. This information only becomes more severe when considering the wide-reaching impacts of COVID-19, which has brought hardship to the communities already experiencing difficulty due to systematic injustice.

This makes it imperative to not smoke indoors and a great time to quit altogether, according to Dr. Susan Walley, Chair of the American Academy of Pediatrics’ section on Nicotine and Tobacco Prevention and Treatment.

“I think right now, with the COVID-19 pandemic, there has never been a better time to quit. And the reason I say that is we know that there is emerging evidence that both smoking and vaping make it more likely that you have COVID and more severe COVID symptoms,” Walley told The Denver Channel. “Children who have secondhand smoke exposure are more likely to have ear infections, pneumonia, asthma, and if they have asthma, more likely to have more severe asthma attacks like we see in this study.”

What Can I Do?

“Our findings highlight the need to universally screen for tobacco smoke exposure during every pediatric healthcare visit and provide interventions to reduce and prevent exposure among patients and their families,” she told The Denver Channel. “Smokers have the power to slow the spread of COVID-19 and reduce exposure to secondhand smoke by taking it outside and away from people, protecting them from the known secondhand smoke dangers and the possibility of coronavirus airborne transmission,” Ramirez said. “Smokers who take it outside deserve our thanks.”

You can get help from the free Quitxt Program from Ramirez’s team at UT Health San Antonio. Quitxt is a bilingual service for your smartphone that sends text or Facebook Messenger messages with tailored support to help South Texans quit smoking. Quitxt offers free help with motivation to quit, handling stress, nicotine replacement, and more.

Learn more about the Quitxt message program in English or Spanish to help you quit smoking today!