Study: Long-Term Exposure to Secondhand Smoke Is a Danger to Brain, Body 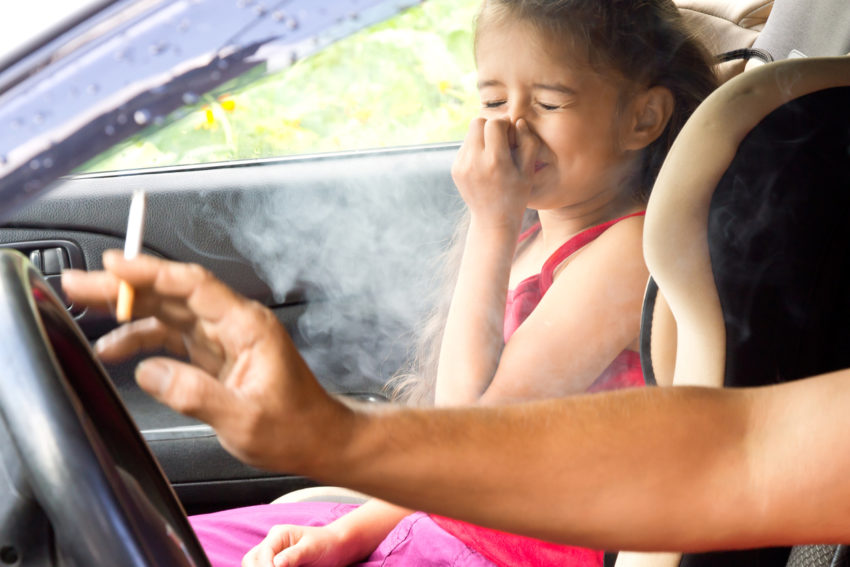 We already know secondhand smoke is bad for you.

But several recent studies further blame secondhand smoke for its harmful impact on the brain and body.

Researchers exposed mice to 168 minutes of secondhand smoke a day for 10 months.

They found that secondhand smoke harms even “healthy” mice, altered the hippocampus region of the brain, and impacted cognition, especially among males.

“Many people still smoke, and these findings suggest that the long-term health effects can be quite serious for people who are chronically exposed to second-hand smoke,” said lead author Dr. Jacob Raber.

Why is this Secondhand Smoke Study Important?

Exposure is particularly high for children, Latino adults, and people living below the poverty line.

Deep disparities persist in who is exposed to secondhand smoke, according to a recent study in JAMA Internal Medicine. “Populations with lower socioeconomic status have higher smoking rates, lower knowledge about health risks of tobacco, higher risk of workplace exposure, and a higher likelihood of living in low-income multi-unit housing and have their communities targeted more by tobacco companies,” said study author Dr. Surendranath S. Shastri of UT MD Anderson Cancer Center, in a statement. “It can be difficult to curb those trends because of social and cultural acceptance.”

Another new study in the journal Tobacco Control showed that people who were exposed to secondhand smoke had a 51% higher risk of developing lip, mouth, throat and other oral cancers.

“Exposures of more than 10 or 15 years increased the risk to more than twice that of people not exposed to secondhand smoke,” according to the study.

People spend more time at home than anywhere and according to the American Cancer Society.

This is why many cities are adopting smoke-free policies for multifamily housing.

Over 60 cities in California have passed these ordinances.

In Concord, Calif., City Council member Dominic Aliano listened to local Latinos and pushed for a smoke-free multifamily housing ordinance, which prohibits smoking inside units of all apartments.

“This legislation and ones like it are really important for people, especially those in the communities that I represent, who are mostly renters in multi-family housing complexes,” Aliano said. “Sometimes landlords take advantage of those families. It’s about making sure that you put policies in place that make sure they are in a healthy environment [regardless] of who they are or how much money they make.”

If you want such a policy, download the Salud America! “Help Your City Adopt Smoke-Free Multifamily Housing!” Action Pack.

The action pack will help you engage local leaders in exploring a smoke-free multifamily housing policy for common areas and individual units.

What Else Can You Do to Reduce Exposure to Secondhand Smoke?

On the campaign website, you can take three big actions:

The best way for someone to protect themselves and others is by quitting smoking.

You can get help from the free Quitxt Program from Ramirez’ team at UT Health San Antonio.

The Quitxt program, developed with the support of the Cancer Prevention and Research Institute of Texas, is a bilingual service for smartphones that sends messages via text or Facebook Messenger to help coach and encourage people on the journey toward smoking cessation.

“Quitting is not something that is a one-shot kind of thing,” Dr. Shastri said. “After smokers begin a quitting program or attempt, a turning point can come once they understand that, ‘It’s really something that I can do, if only I need a little more planning.’ Once you get into the groove, hey, you may go back and forth sometimes a number of times” — but ultimately succeed.”

GET help from quitxt!